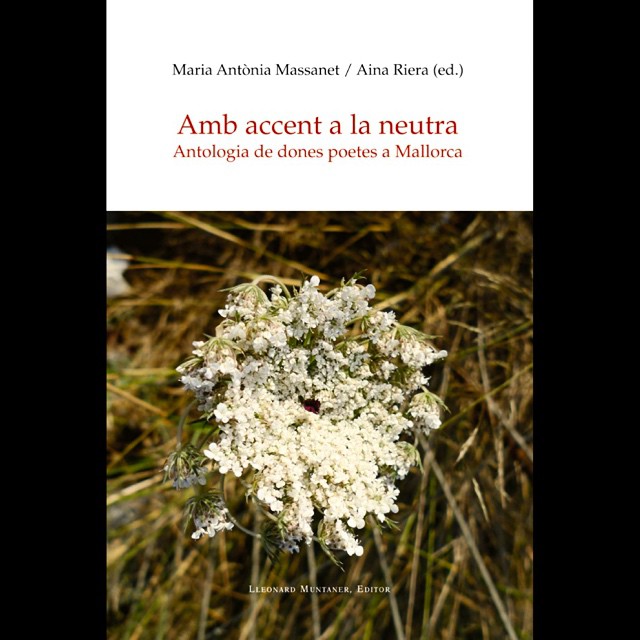 The “mosaic” of the Catalan poetry in of Majorca written by women has been reunited in Amb accent the neutral one (Lleonard Publishing Muntaner), an anthology of Maria Antònia Massanet and Aina Riera.

The authors accidentally knew themselves in Paris. After that one encounter elles (2012) was born the documentary Som and later this publication, that “is an exercise of positive discrimination before a situation of nonequality”, maintains Aina Riera.

The book wants to make “a recognition to all those women who also spend a time of their life to the writing”.

In him nineteen women, nineteen forms are represented to make poetry. Of the exercise of “freedom” of Antònia Vicens or of “the bold” voice, “original” and feminist of Antonina Canyelles; to naked, the poetic one, of Roser Amills, or the literary discovery of Agnès Llobet, also actress.

“There was no anthology of Majorca, as if there are them in Catalonia or València. In the end we have invited to participate to the Majorcans who today write poetry in Catalan, live or not in Majorca; also to nonMajorcan writers, but that has been very many years in the Island”, it clarifies Maria Antònia Massanet.

This anthology of the 21st century appears next in Barcelona, in the Espai Majorca.