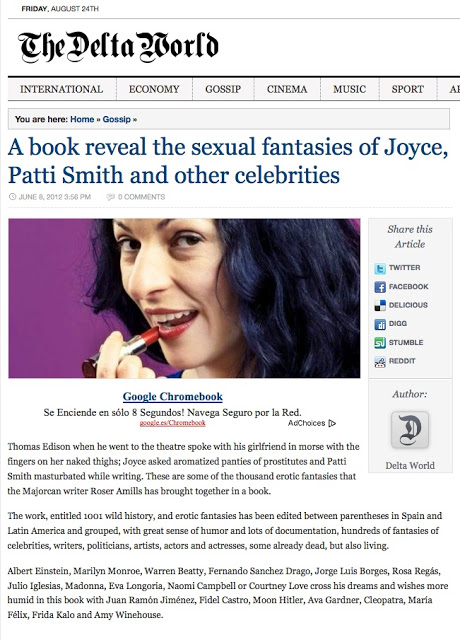 The Delta World | A book reveal the sexual fantasies of Joyce, Patti Smith and other celebrities 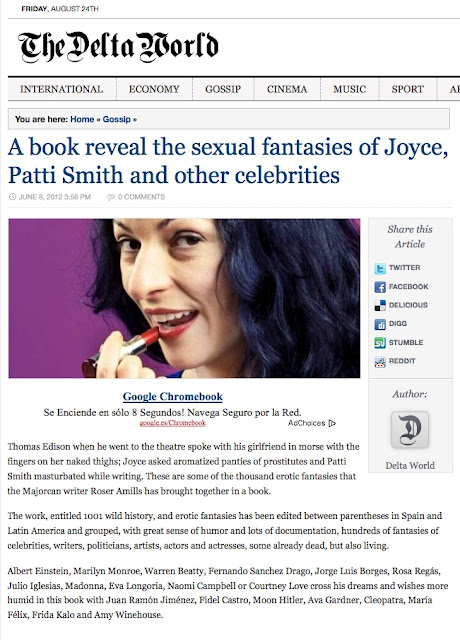 A book that began to take shape (never better said) the poet and storyteller Roser Amills (Algaida, 1974) when it worked and collects information for a collection of poems about eroticism.
“I started looking for files, books, videos, films and biographies and saw that the topic was fascinating and gave much because each story was more fun,” explains the author of this curious book he has written under the premise of Luis Buñuel, who said: “the imagination not transgress”.
The section of fantasies “cannibals” highlights of Salvador Dalí who he was fascinated by the kitchen and which considered one orgasm. “Cannibalism is one of the most obvious manifestations of tenderness”, he left written, not in vain I dreamed of dwarf Gala as an olive for swallowing it.

The spy Mata Hari, quintessential, her husband tore you a nipple of a bite, not known if in a fit of anger, passion or jealousy by a desire to erótico-caníbal dead.
And specialising in fetishes are are several Palm Boris Vian, who wrote his name with sperm, or the romantic Bécquer, wanted to do with the naked Virgin in the cemetery. 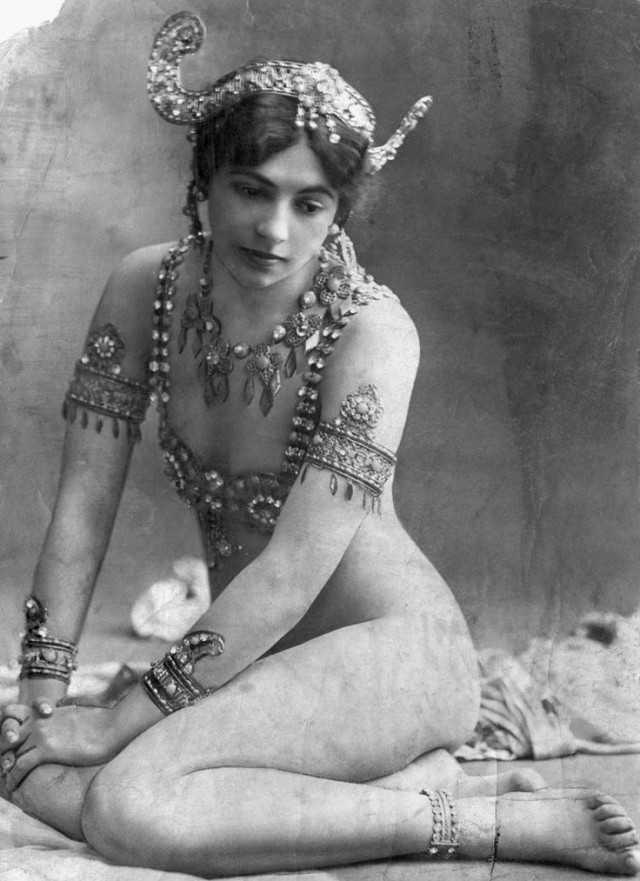